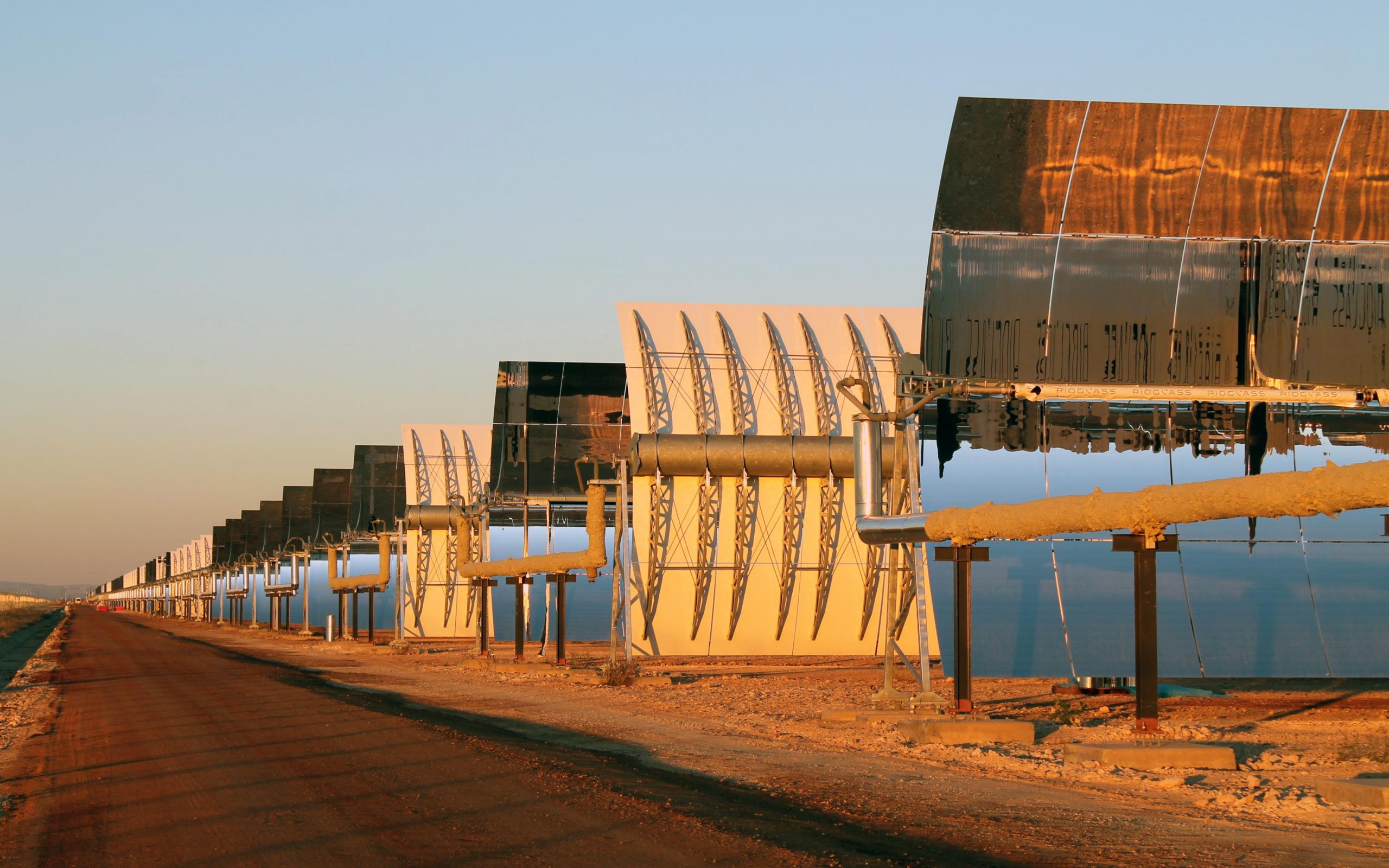 With nearly 30 plants worldwide for different clients and continuous technological developments, Sener has positioned itself as a leading engineering company in solar thermal energy.

In the photovoltaic sector, Sener has its own PV design system that incorporate artificial intelligence, such as the Oruga® software, which yields the optimal layout of the plant for the location.

The Solgest-1 Hybrid Solar Plant is a further step in Sener’s commitment to innovation in the renewable energy sector.

A further step in the renewable energy sector

The Concentrated Solar Power (CSP) facility will use Senertrough® parabolictrough technology, designed and manufactured by Sener, with a molten salt heat storage system with two tanks, which will provide more than 1900 MWh thermal of storage capacity.

The photovoltaic plant will consist of 96,930 polycrystalline silicon modules of 415 W each, installed on horizontal, single-axis solar trackers.

Thanks to its integrated design, each part can operate and generate electricity independently, allowing, for example, for scheduled maintenance without stopping power generation.

The development of the Solgest-1 project will feature a strong local and national component in its supply chain.

Combines a CSP unit with a gross power generation of 110 MWe and a photovoltaic section with an installed power of 40 MWp.

It es the same municipality where Sener built the Gemasolar tower plant that is operating since 2011.

Maximum use of the sun

The CSP unit with a storage capacity of more than 6 hours and a gross power generation of 110 MWe, making it capable of generating electricity at night or in cloudy weather. The CSP unit is combined with a photovoltaic section with an installed power of 40 MWp, the purpose of which is to generate electricity during daylight hours, both to cover part of the parasitic load of the CSP plant and to supply electricity to the grid.

The hybrid power plant will be able to generate electricity 24 hours a day, injecting it into the grid using a high-voltage (220 kV) supply line to the Carmona substation in Seville.

Useful life of more than 30 years