On October 19, the signing of the framework collaboration agreement for the Women and Engineering program was held at the headquarters of the Spain’s Royal Academy of Engineering, RAI. This agreement was signed by SENER’s President, Andrés Sendagorta, and the President of RAI, Antonio Colino.

Rosana Madroñal, Director of the SENER Foundation, and Ana Úsar, Head of Equality, Diversity and Inclusion at SENER, also participated in the signing ceremony.

The Women and Engineering program aims to promote STEM careers (Science, Technology, Engineering and Mathematics) among the female public, in addition to including various actions and programs such as “Mentoring of Excellence” or “Engineering with social purpose”, aimed at promoting STEM vocations.

This agreement is another step forward in the measures supported by the SENER group to promote equal opportunities between women and men, faithful to its corporate commitment and its policies to advance in the elimination of gender, age, disability, culture and sexual orientation biases in all people management processes. 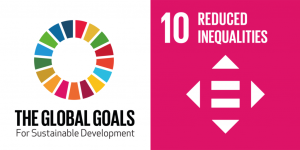